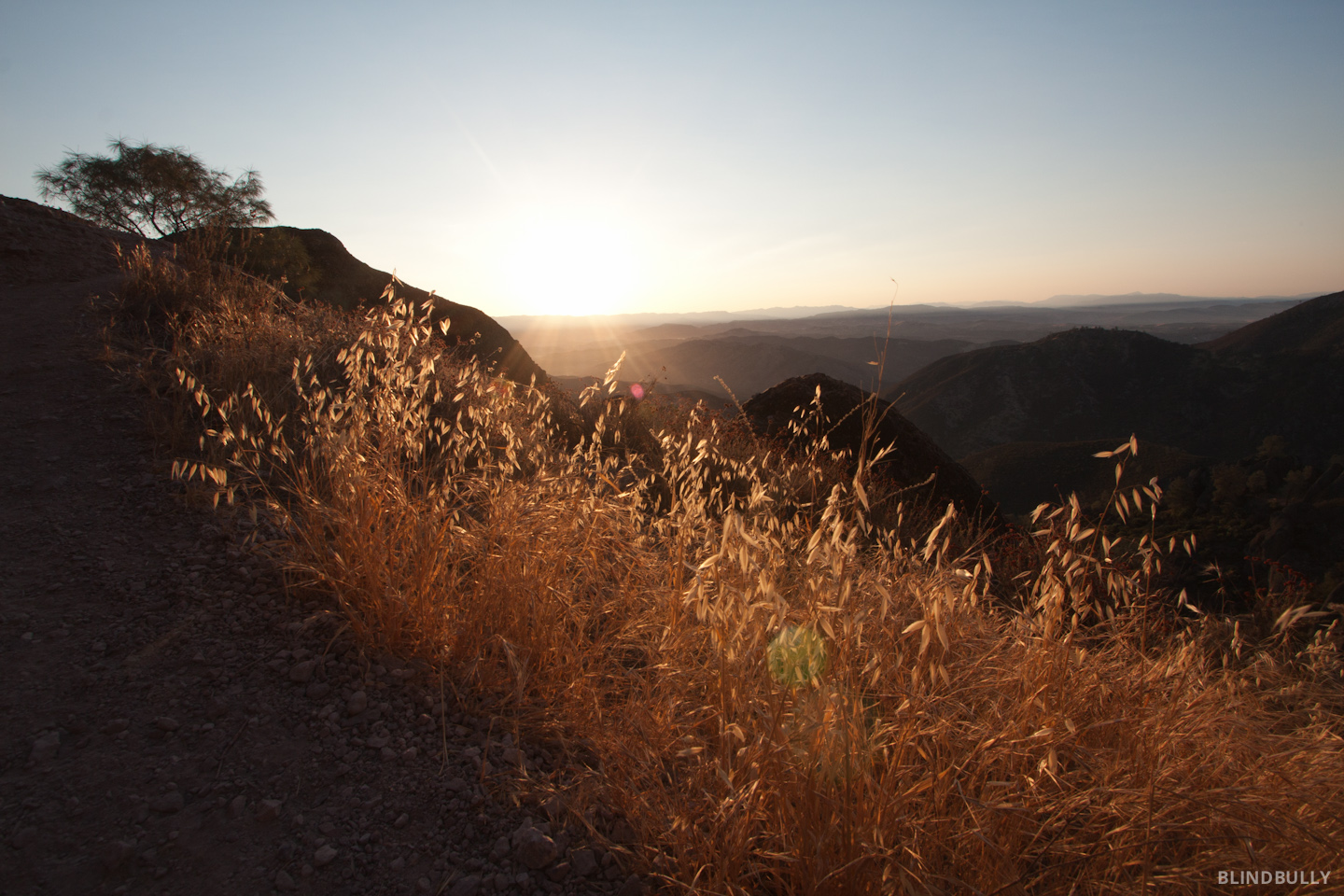 [column-group][column]Rising out of the miles of artichoke and strawberry fields tiling California’s Central Valley, Pinnacles National Park is an escape to golden grasses, live oaks, rolling hills, and beautiful rock formations. The west entrance is only open during daylight hours and doesn’t allow camping, which might not be good for the park’s attendance, but those who take the time are well rewarded with tranquil trails and expansive vistas.
This trip coincided with the Supermoon, an event in which the moon is full while at the closest point to earth in its elliptical orbit. NASA notes that “nearby perigee moons are about 14% bigger and 30% brighter than lesser moons that occur on the apogee side of the Moon’s orbit.” This makes for amazing moon-lit night hiking on trails exposed to the sky. It feels more like hiking beneath a weak[/column][column] desaturated sun casting a silver light with incredibly deep shadows than a moon. So much so that there is the unconscious avoidance of looking directly into the glowing disk to protect one’s eyes, although unlike looking at the sun, it is possible to adjust to the intensity of the light and view the moon’s beautiful surface texture of craters and contours. Hiking the bare ridge lines of Pinnacles National Park on the High Peaks Trail is the perfect way to observe a Supermoon’s brilliance during a cool summers night.
The peaks are home to a variety of birds, including many turkey vultures near the peaks and a few cliff swallows whose nests attach to imperfections in the rock face.
More information can be found at nps.gov.[/column][/column-group] 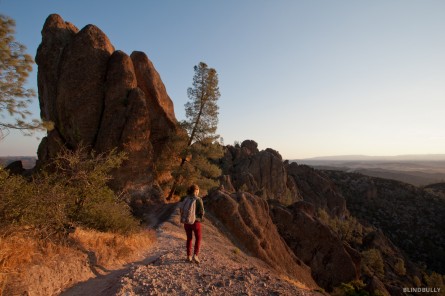 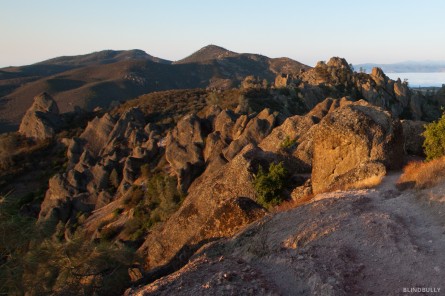 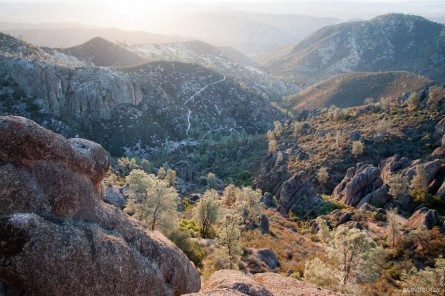 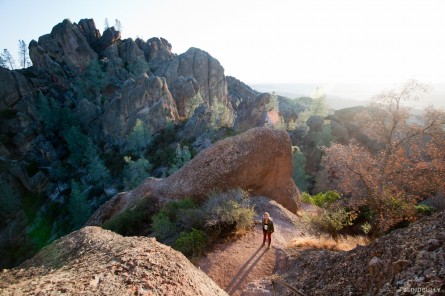 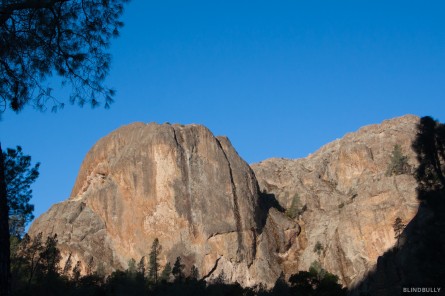 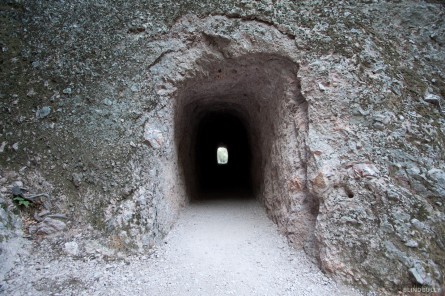 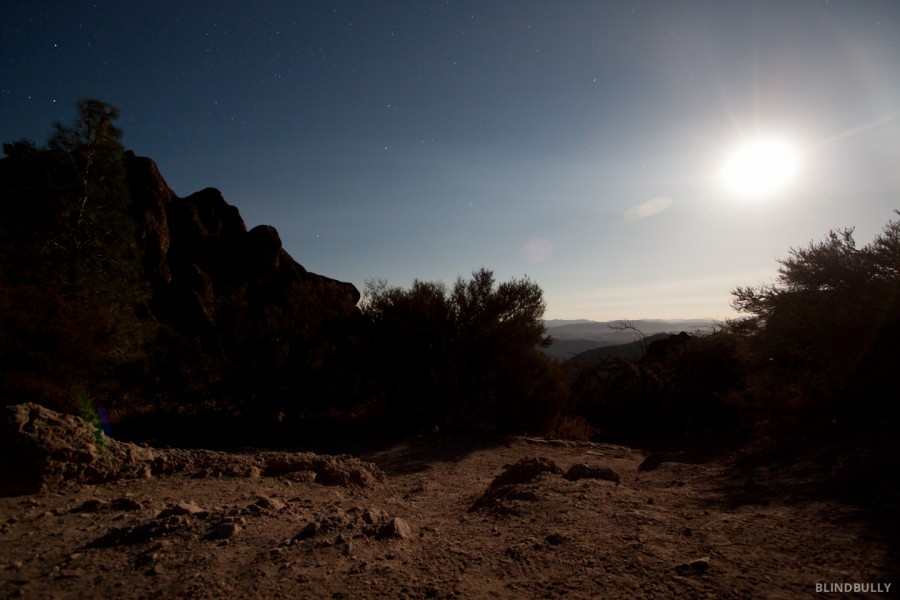 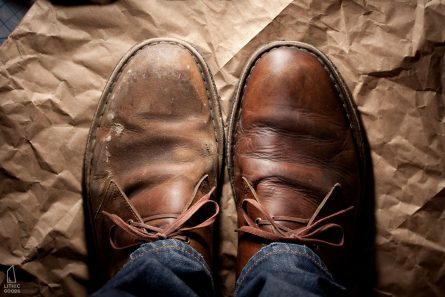 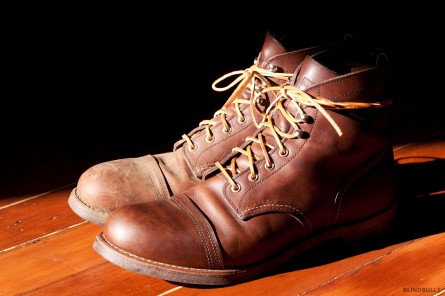